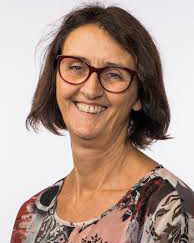 Kari Henriksen (Norway) was elected Vice-President of the Assembly at the 27th Annual Session in Berlin.

Having been involved in the Parliamentary Assembly since 2009, Henriksen advocates for building a vigorous, forceful, gender-balanced, open and effective organization. In January 2020, she was also appointed as Rapporteur of the General Committee on Democracy, Human Rights and Humanitarian Questions to fill a vacancy.

Henriksen had a background in health care before entering politics. She is a member of the Labour Party.