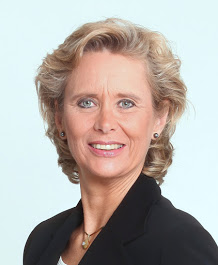 She previously served two terms as Rapporteur of the General Committee on Political Affairs and Security. She has been a member of the Swedish Parliament since 1999 and has been on Sweden’s Delegation to the OSCE PA since 2010. In March 2019, OSCE PA President George Tsereteli tasked her with overseeing issues relevant to the case of assassinated Russian political figure Boris Nemtsov and report back any information and progress made at future OSCE PA meetings.

With extensive experience in election observation, she has actively worked to defend democratic values, the rule of law, peace and security in the OSCE region. She has led OSCE PA election observation delegations to Tajikistan and Turkey, and served as Special Co-ordinator of the OSCE short-term observer mission to Montenegro. In the Swedish Parliament, she serves on the Committee on Foreign Affairs and the Committee on European Affairs.

In addition to her work with the OSCE PA, she is also active with Parliamentarians for Global Action, where she serves as Chair of the National Board.