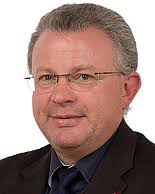 He has been a member of the Parliamentary Assembly since 2014 and since 2017 has served as Special Representative on Mediterranean Affairs. He also serves as Deputy Head of the French Delegation.

In the French Senate, he serves as Vice-President of the Committee for Foreign Affairs, Defence and the Armed Forces, as Rapporteur on Defence Budget, as member of the European Affairs Committee and as President of the France-Pakistan Friendship Group.

He has previously served as Mayor of Conde-sur-Noireau followed by Conde-en-Normandie, Vice-President and Secretary General of the Mayors of Calvados Union of Friendship, President of the National Council of Regional Economies, and Deputy to Rene Garrec, Senator of Calvados.