Peter Bowness was elected Vice-President of the OSCE PA at the Helsinki Annual Session in 2015. 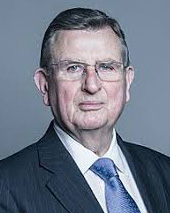 He was re-elected in 2018 at the Berlin Annual Session.

Lord Bowness has been a member of the British Delegation to the OSCE PA since 2007. He serves as Chair of the OSCE PA’s Sub-Committee on the Rules of Procedure and also chairs the drafting committee that prepares the Assembly’s Declarations at the conclusion of each Annual Session.

Bowness was one of the UK Parliamentary Representatives for the Convention responsible for drafting the EU Charter of Fundamental Rights.