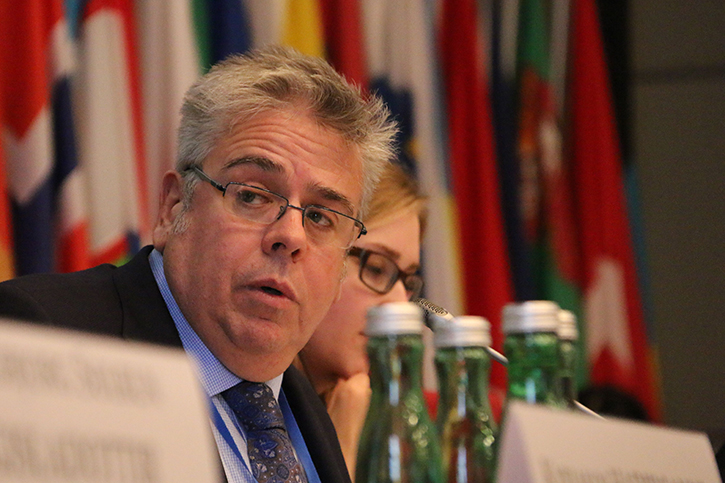 “It should go without saying that attempts to enforce border security should not result in children being torn away from their parents, being confined to overcrowded cages, sleeping on the floor – terrified – with no mother or father to comfort them. The trauma being inflicted on these children, some of whom are reportedly as young as two years old, is difficult to comprehend,” Sanchez Amor said.

Sanchez Amor, who also serves as the OSCE PA’s Special Representative on Border Issues, noted that the U.S. Border Patrol is separating families because the current U.S. government has decided to implement a “zero tolerance” policy that seeks to charge every adult who illegally crosses the border with a crime. However, Sanchez Amor noted, this policy potentially contravenes a number of important international norms: the right of all people to seek asylum, the right to due process, the right to family unity, and the requirement under international humanitarian law to prioritize the best interests of the child.

“The United States has legal obligations to consider asylum applications and provide protection to those who qualify as refugees. The 1951 Refugee Convention recognizes that the seeking of asylum might sometimes require refugees to breach immigration rules, which the U.S. government as a party to this treaty should respect,” Sanchez Amor stated.

“In any case, children should not be punished for the actions of their parents and should never be traumatized in order to set an example to other potential asylum seekers or to send a political message. I call on the United States to immediately end the practice of forcibly separating children from their parents, to make every effort to reunite families that have been separated, and to adhere to all of its obligations under international humanitarian law,” he added.

Earlier this month, Chair of the OSCE PA Ad Hoc Committee on Migration Nahima Lanjri raised concerns that young migrant children were being separated from parents trying to cross the U.S.-Mexico border, as well as reports that nearly 1,500 migrant children are unaccounted for in the U.S. due to lax monitoring by the federal government.

The topic of migration and unaccompanied migrant children will feature high on the agenda of the OSCE Parliamentary Assembly’s upcoming Annual Session in Berlin.