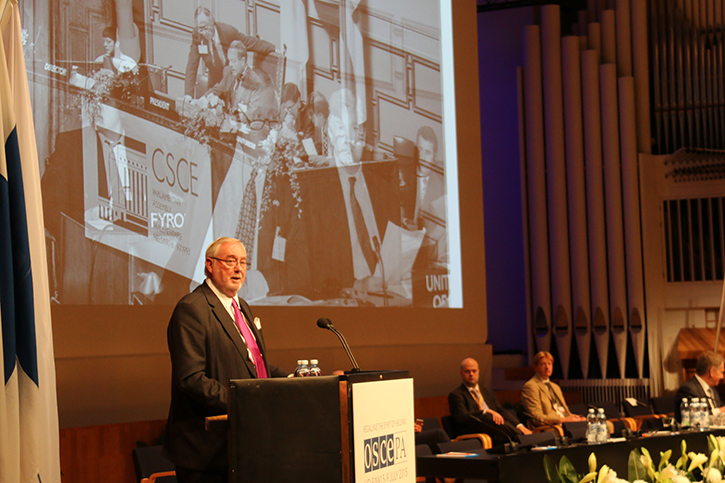 Spencer Oliver was chosen as the first Secretary General of the Assembly at the first Bureau meeting of the OSCE Parliamentary Assembly in October 1992 and confirmed unanimously by the Standing Committee of Heads of Delegation at their meeting in Copenhagen in 1993.

The Standing Committee of Heads of Delegations decided in 1995 to provide for a five-year term for the Secretary General. At that time Oliver was unanimously re-elected and was subsequently re-elected three times for five-year terms. He stepped down from his post at the end of 2015.

A lawyer by training, Oliver previously served 22 years as a staff member in the U.S. Congress, including as Chief of Staff of the U.S. Helsinki Commission from 1976-1985 and as Chief Counsel of the Foreign Affairs Committee of the U.S. House of Representatives until January 1993. He also served in several senior diplomatic positions on U.S. delegations to CSCE Review and Expert Meetings between 1977 and 1993.