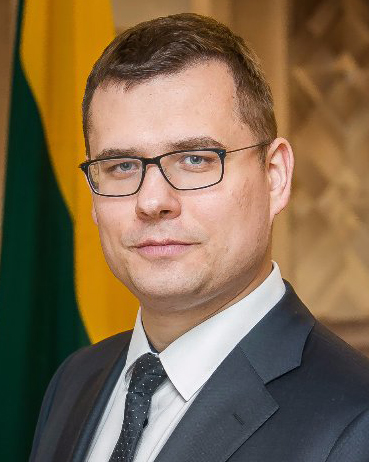 Laurynas Kasciunas (Lithuania) was elected Rapporteur of the Committee on Political Affairs and Security at the 28th Annual Session in Luxembourg.

With a doctorate degree in political science, Kasciunas has worked as a lecturer at the Institute of International Relations and Political Science at Vilnius University, Foreign Policy Advisor to the Speaker of the Lithuanian Parliament, and Director of the Eastern Europe Studies Centre. He was elected to the Parliament of Lithuania in October 2016 with the Homeland Union-Lithuanian Christian Democrats Party. In parliament, he is a Member of the Committee on National Security and Defence.

In the OSCE PA, he is active in the Ad Hoc committee on Migration and was principal sponsor of the supplementary item “Counteracting Propaganda for Hatred and War in the OSCE Area” adopted at the 27th Annual Session in Berlin.