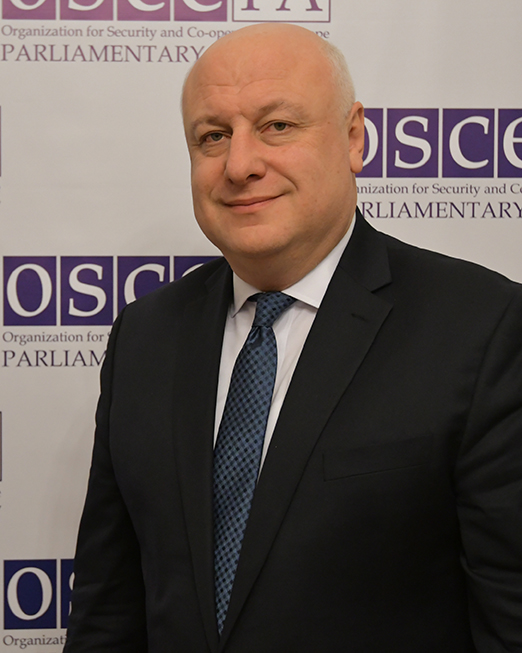 George Tsereteli (Georgia) has served as President of the OSCE Parliamentary Assembly since November 2017.

Previously, he was Vice-President of the Assembly, first elected during the 2012 Annual Session in Monaco and subsequently re-elected during the 2015 Annual Session in Helsinki. Following a career in business and as a practicing neurologist, Tsereteli came to politics in 1995. He served in the Tbilisi municipality before being elected to parliament in 1999. In the Georgian parliament, Tsereteli served as Deputy Chairman between 2000 and 2004, and from 2008 to 2012. In 2004, he was Georgia’s Deputy Prime Minister and Minister of Labor, Health, and Social Protection.

From 2011 to 2013, Tsereteli served as President of the European Parliamentary Forum on Population and Development (EPF), having previously served as its Vice-President.