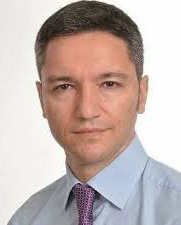 Kristian Vigenin (Bulgaria) was elected Vice-President of the Assembly at the 2018 Annual Session in Berlin.

Previously, he served as Rapporteur of the General Committee on Political Affairs and Security and as the Assembly’s Special Representative on the South Caucasus. He also serves as Deputy Head of the Bulgarian Delegation to the OSCE PA.

He is a member of the BSP for Bulgaria party and his home district is Yambol.