BAKU, 10 February 2020 – The restrictive legislation and political environment prevented genuine competition in Azerbaijan’s early parliamentary elections, international observers said in a preliminary statement published today. Although some prospective candidates were denied the right to stand, candidate registration was otherwise inclusive. Despite the large number of candidates, voters were not provided with a meaningful choice, due to a lack of real political discussion, the statement says. 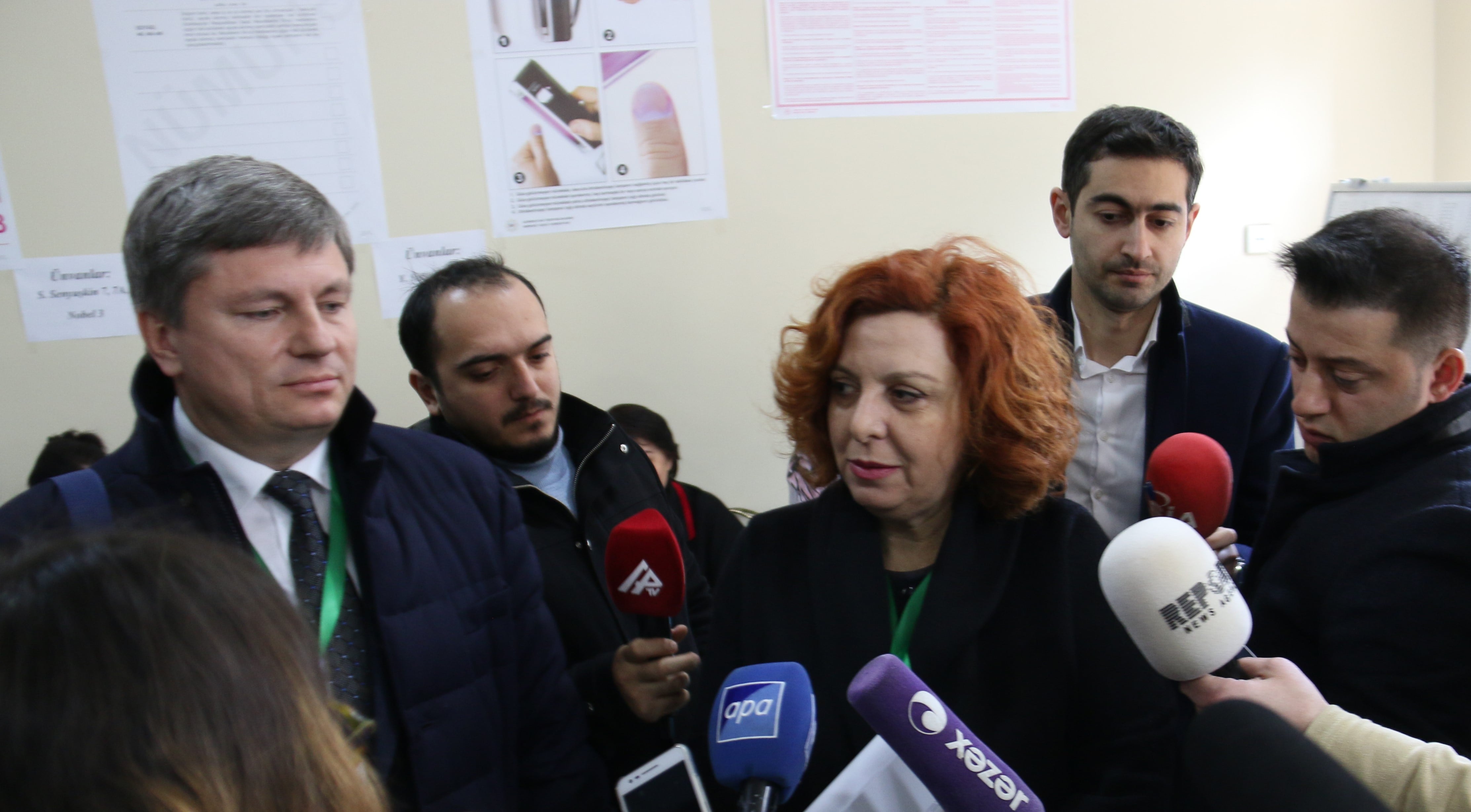 Elona Hoxha-Gjebrea and Artur Gerasymov speak to the press at a polling station in Baku, 9 February 2020The observation mission, a joint undertaking of the OSCE Office for Democratic Institutions and Human Rights (ODIHR), the OSCE Parliamentary Assembly (OSCE PA) and the Parliamentary Assembly of the Council of Europe (PACE), noted that many candidates used social media to reach out to the voters, but this did not compensate for the absence of campaign coverage in traditional media.

“I regret very much that what could have been improvements did not lead to a competitive environment enabling truly democratic elections. Counting on election day was disappointing. I would have hoped for some real changes. The absence of any serious coverage of the campaign in traditional media and the lack of debate in public and on television are some of the reasons for low public attention,” said Artur Gerasymov, Special Co-ordinator and leader of the OSCE short-term observer mission. “I am well aware of the impact the conflict with Armenia has on the organization of the elections in this country and value the efforts made to assure the participation of IDPs in the elections .”

The election administration was well resourced and met legal deadlines, and the Central Election Commission (CEC) made concerted efforts to act transparently and was welcoming towards international observers. However, significant procedural violations during the counting and tabulation of votes on election day raised concerns over whether the results were established honestly, the observers said.

Most candidates did not present alternative programmes or views to those of the ruling party, and the campaign, overall, was devoid of the political engagement essential for a competitive race and a genuine choice for voters. Despite constitutional guarantees for freedoms of expression, assembly, association, movement, access to information and the right to take part in political life, these are significantly restricted by primary legislation.

“Despite some appearance of progress in the preparation for the elections, the widespread violations of counting procedures raised serious concerns about the results of the voting in general,” said Frank Schwabe, Head of the PACE delegation. “In contradiction to the judgements of the European Court of Human Rights and repeated requests from the Council of Europe in the cases of Ilgar Mammadov and others, a number of potential candidates were prevented from running.”

Many long-standing recommendations by ODIHR and the Council of Europe’s Venice Commission, including those related to fundamental freedoms, the media environment and candidate registration, have yet to be addressed. The European Court of Human Rights (ECtHR) has ruled on 23 cases of violations of the right to free elections, although none of the rulings has been implemented, which prevented some potential candidates from running. A total of 1,314 candidates ran, after some 19 per cent of those originally registered withdrew, citing, among other reasons, agreements among parties and pressure exercised by some authorities at the local level. 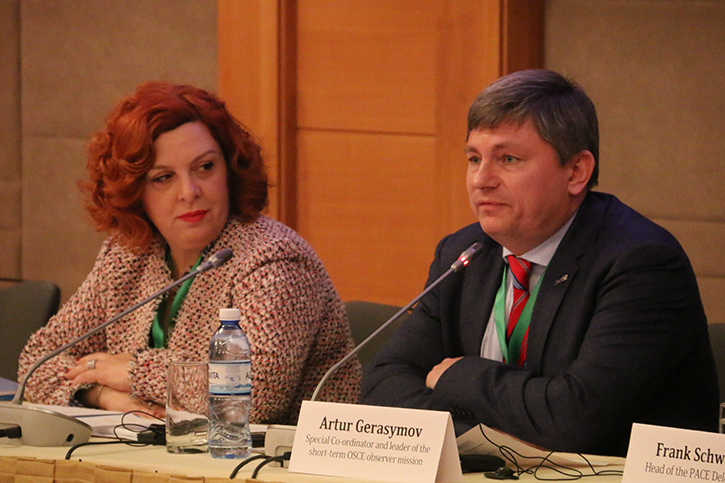 Traditional media failed to provide voters with information on contestants and their platforms, and campaign events were not covered by the broadcasters. Election-related news coverage was reduced to reports about the activities of the CEC.

“In these elections, unfortunately, we saw a low level of participation of women candidates,” said Elona Hoxha-Gjebrea, Head of the OSCE PA delegation. “It is clear to me that greater efforts are needed to promote the participation of women in public and political life, and to increase youth engagement. This could go a long way towards strengthening Azerbaijan’s democracy as a whole.”

None of the 55 registered political parties is headed by a woman, and only 21 percent of candidates were women. There are no legal requirements to promote women candidates.

“Since arriving here on 6 January, we have enjoyed good co-operation with the Central Election Commission, which made considerable efforts to increase the transparency of their work,” said Ambassador Peter Tejler, Head of the ODIHR election observation mission. “We observed the campaign throughout the country, including the media coverage, and our conclusion is that there was no meaningful discussion and no meaningful choice for voters.”

The international election observation mission comprised 358 observers from 41 countries – 273 ODIHR-deployed experts and observers, 57 parliamentarians and staff from the OSCE PA, and 28 from PACE.

For the full statement of preliminary findings and conclusions, please click here.
Photos of the election observation mission are available for public use on Flickr.