COPENHAGEN, 9 March 2020 – In response to the agreement reached on Sunday between the government and the opposition on a package of electoral reforms in Georgia, OSCE Parliamentary Assembly Vice-Presidents Margareta Cederfelt (MP, Sweden) and Kristian Vigenin (MP, Bulgaria) issued the following statement: 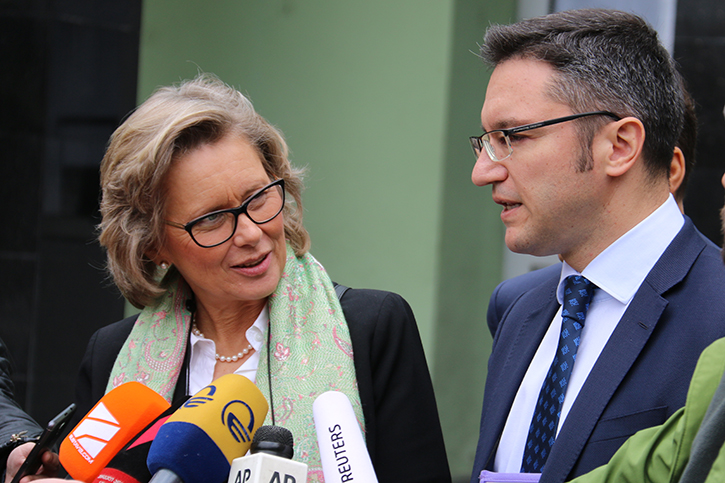 Margareta Cederfelt and Kristian Vigenin speak to the press on election day, 28 Oct. 2018, in Tbilisi“As leaders of the OSCE’s most recent election observation mission to Georgia we welcome the agreement over the weekend between the government and the opposition to reform Georgia’s electoral model.

“We congratulate the sides in reaching this historic agreement, which, following its formal adoption by parliament, would provide for a mixed proportional-majoritarian electoral system, a lowered threshold, and a balanced composition of election districts. If implemented successfully, this agreement could serve to build confidence among all factions in the country’s political system. We urge the political forces in Georgia to continue their efforts to build a democratic system that works for everyone and avoid politicization of the judicial and electoral processes.

Cederfelt and Vigenin served, respectively, as Head of the OSCE PA’s election observation mission and Special Co-ordinator of the OSCE’s short-term observer mission to the 28 October 2018 presidential election in Georgia.