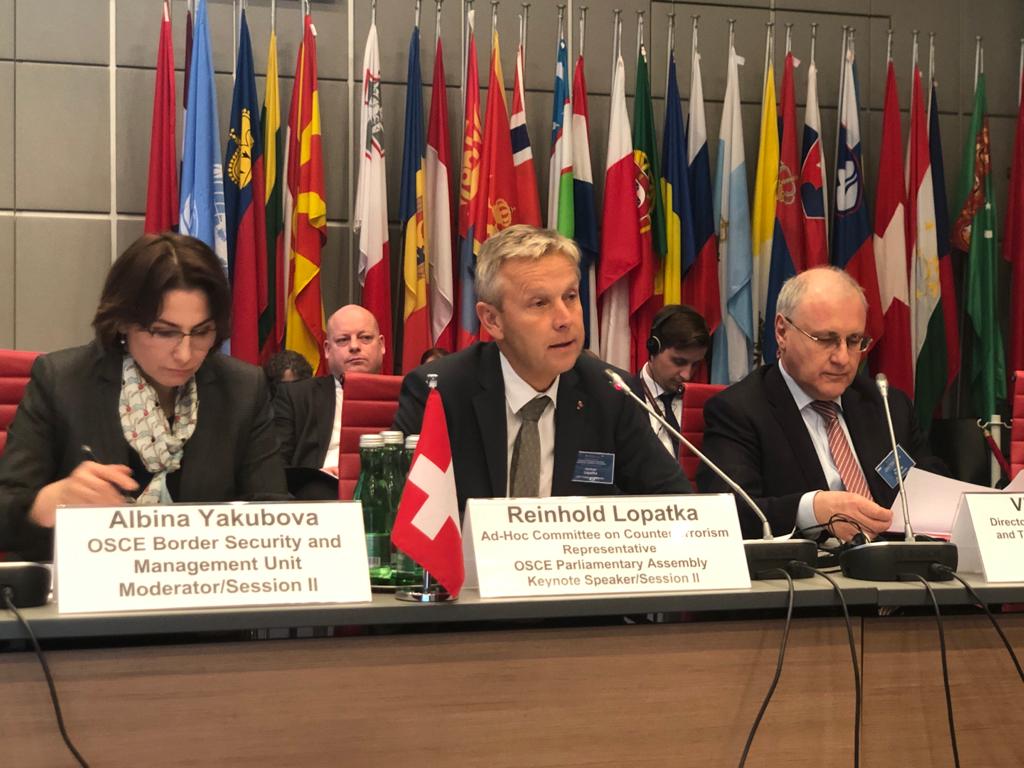 Reinhold Lopatka addressing UN high-level conference on foreign terrorist fighters, 11 February 2020The two-day event, jointly organized by the OSCE, UN Office of Counter-Terrorism and the government of Switzerland, in co-operation with the Albanian OSCE Chairmanship, aims to improve responses on the international and national levels to current challenges related to FTFs. It includes the participation of high-level representatives of international organizations, several foreign ministers and hundreds of experts from across the OSCE region.

In his remarks, Lopatka focused on ways to prevent and disrupt the international travel of FTFs. He noted that parliamentarians have an important role to play in shaping counter-terrorism frameworks and establishing the mandates of security-related bodies. At the international level, he noted, the OSCE PA encourages policy and legislative convergence among governments, building on existing commitments and lessons learned.

Recalling an OSCE PA resolution adopted in July 2019, he encouraged governments to develop advanced legal frameworks that provide a solid basis for the prosecution of FTFs, strengthen information-sharing, promote international law enforcement and judicial co-operation to prosecute FTFs, and increase efforts and build national capacities to prevent the movement of terrorists through effective national border controls.

He also highlighted an OSCE PA-led parliamentary oversight initiative on Strengthening Border Security and Information Sharing in the OSCE region, which in 2019 surveyed national parliaments on the level of implementation of obligations stemming from UN Security Council Resolution 2396 on border security and information sharing. 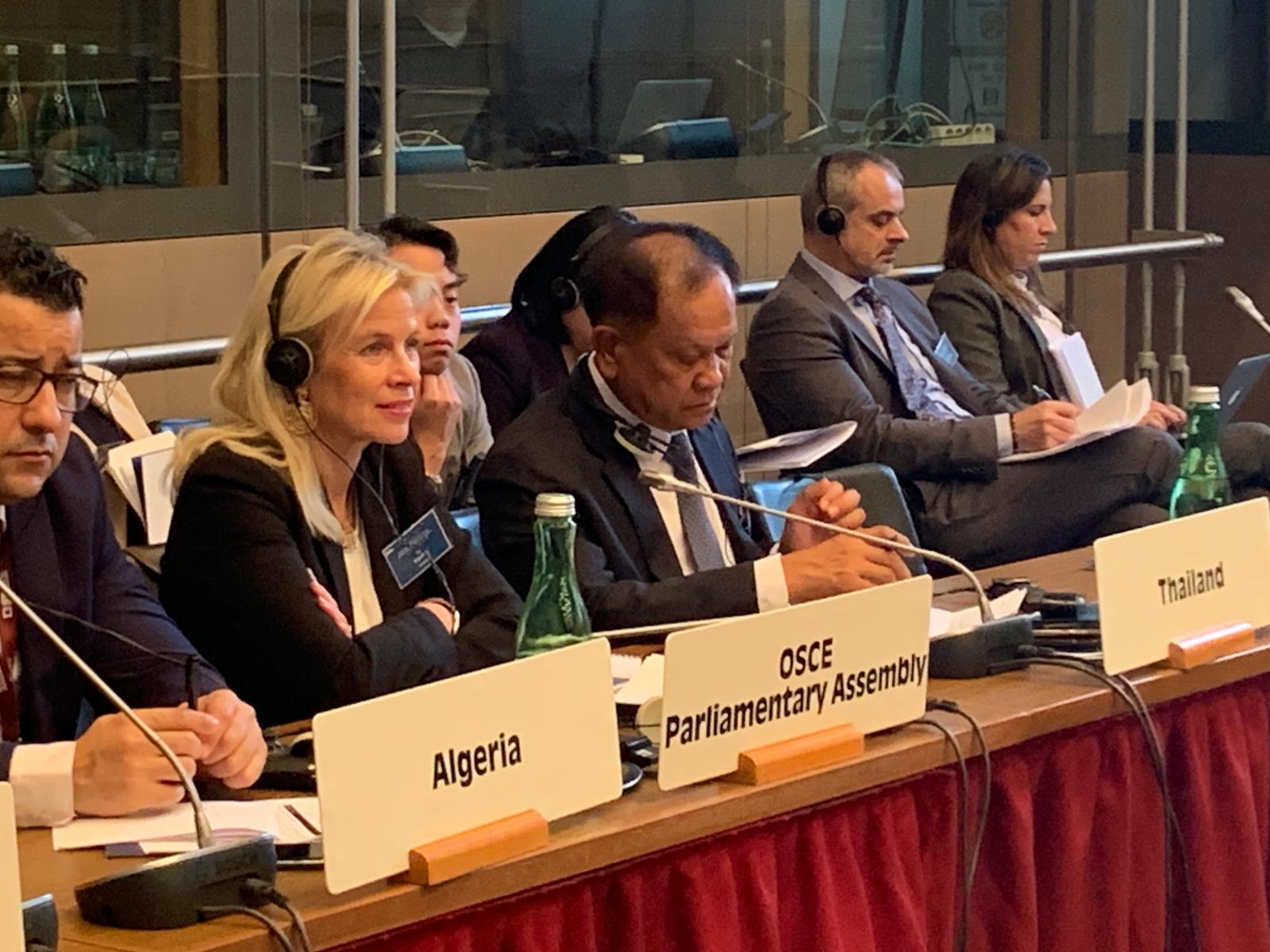 Finnish MP Pia Kauma, also attending the event on behalf of the OSCE PA, added: “Bringing FTFs to justice is pivotal, also to prevent them from relocating to new conflicts zones. This applies equally to women and men. In this regard, rehabilitation and reintegration of FTFs and their family members are also key, duly keeping in mind the specific vulnerabilities of children. Civil society should play an important role in this context.”

Lopatka concluded by welcoming the recently signed Memorandum of Understanding between OSCE PA Secretary General Roberto Montella and UN Under-Secretary-General Vladimir Voronkov, which will reinforce the contribution of parliamentarians to global counter-terrorism efforts.