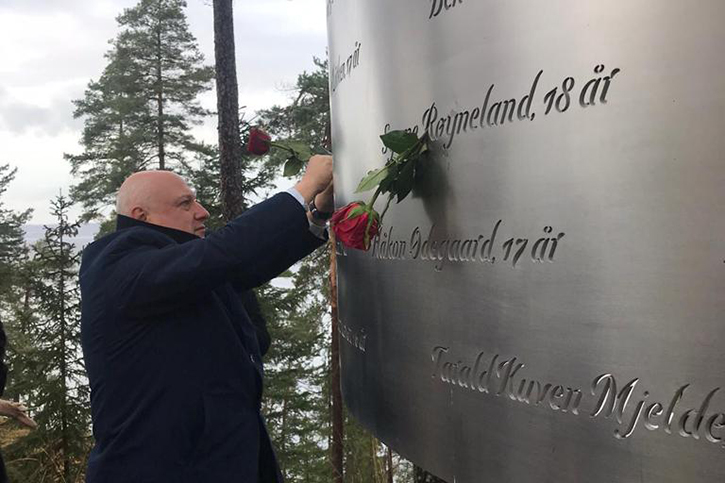 PA President George Tsereteli places a rose at the name of Tamta Liparteliani, a Georgian victim of the 22 July 2011 terror attack on the island of Utøya, 14 January 2020The OSCE PA delegation paid tribute to the 77 victims of the attack at memorial sites in Utøya and Oslo, with CCT Chair Abid Raja (MP, Norway) offering condolences and recalling the vital role that victims and their families play in promoting justice and reconciliation. In this regard, he reiterated the duty to provide victims with adequate support.

“As parliamentarians, to prevent terrorism and violent extremism we need to adopt effective legislation and approve solid budgets that empower our institutions,” Raja said. “We should also exercise direct oversight over our governments regarding their activities in this field.”

He highlighted the way that Norway united in the wake of the 2011 attacks and noted that its response should serve as an example to other countries dealing with the threat of terrorism. “In Norway, we did not allow our pain and grief to give way to fear and hatred, or to allow the shock of the horrific incident to overwhelm our commitment to justice and democracy,” Raja said. “Instead, we redoubled our dedication to democracy and renewed our commitment to tolerance.”

President Tsereteli (MP, Georgia) noted that at times of increasing political divides and rising extremist ideologies, it is important to be extremely vigilant not to lose sight of our common goal to protect citizens from any terrorist threats.

“Sadly, as we have seen too many times over the years, a terrorist attack can occur at any time and any place,” Tsereteli said. “The victims can be any age, such as the young people killed in July 2011, including a 20-year-old girl from Georgia, and they are targeted for the most heinous and misguided reasons. The cruelty of these acts of violence requires us as politicians and public servants to do everything in our power to ensure that they don’t happen again.” He added that the visit just concluded in Norway will go a long way in helping to build resilience against extremist violence and to promote an effective international counter-terrorism strategy. 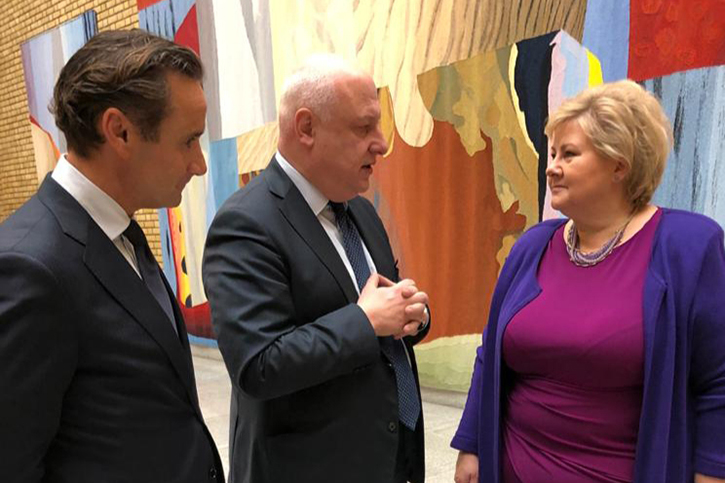 Secretary General Roberto Montella and President George Tsereteli meet Erna Solberg, Prime Minister of Norway, in Oslo on 15 January 2020.During the visit, which took place 14-15 January, several CCT members were joined by other relevant stakeholders from the OSCE Parliamentary Assembly and partner organizations, including the Parliamentary Assembly of the Mediterranean and the OSCE Action Against Terrorism Unit.

Interlocutors described how the Norwegian criminal justice system and legislative framework have been improved to address emerging threats, especially in the aftermath of the 22 July attacks. Members discussed the need to harmonize legislation among OSCE countries and improve mechanisms for data exchange. 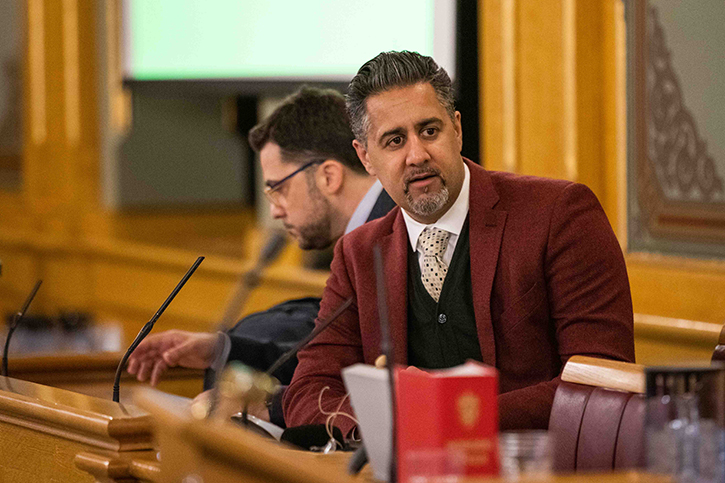 Abid Raja, Chair of the OSCE PA's Ad Hoc Committee on Countering Terrorism, at the Storting in Oslo, 14 January 2020The delegation also met with members of the Workers Youth League (AUF) and family members of victims of the 22 July attack.

“We want to sincerely thank everyone who shared their experiences with us,” said Secretary General Montella. “These are incredibly brave people and it was a humbling experience to hear their stories, which denoted a remarkable resilience within Norwegian society. We will do our utmost to honor their losses. The important work of our Ad Hoc Committee on Countering Terrorism underscores how seriously the OSCE Parliamentary Assembly takes this task.”

The CCT works to promote co-ordinated actions among the 56 parliaments of the OSCE area – spanning North America, Europe and Central Asia – to develop innovative policy guidance for the consideration of governments and to facilitate the exchange of lessons learned and promising practices in countering terrorism and violent extremism.

In meetings this week, Raja described the CCT’s efforts to develop partnerships with the OSCE executive structures and the UN, and support national parliaments to fully realize their counter-terrorism potential. In this context, he stressed the need to continue to focus on themes such as border security, FTFs, use of the internet for terrorist purposes, radicalization and de-radicalization, and links with other forms of crime.

Photos from the visit are available for public use on Flickr.