WASHINGTON D.C., 6 February 2020 – OSCE PA President George Tsereteli testified yesterday in front of the United States Helsinki Commission at a hearing on “The Power and Purpose of Parliamentary Diplomacy”.

In his appearance before the Helsinki Commission, President Tsereteli discussed the organization’s activities, challenges and achievements. The hearing focused on the ways the OSCE parliamentarians support and add value to the multilateral diplomatic efforts of governments and OSCE institutions. 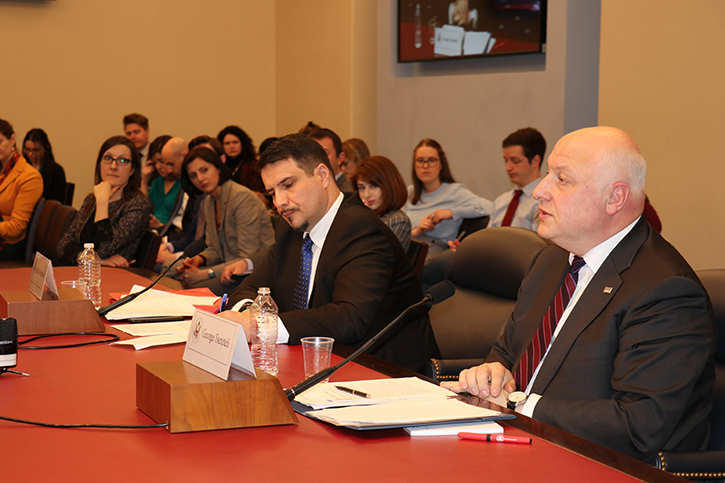 President George Tsereteli testifying in front of United States Helsinki Commission, Washington D.C., 5 February 2020 “In upholding our shared principles, in promoting democratic values, and in preventing and settling conflicts, parliamentary diplomacy contributes to bettering the lives of our citizens. This may not be palpable at times, but Americans know too well that empowering diplomats today is wiser than deploying troops tomorrow," said Tsereteli. “It is therefore also our mission to ensure that our organizations are fully equipped to bring peace, stability and democracy across the OSCE area and throughout the world."

Testifying alongside the acting President of NATO Parliamentary Assembly Attila Mesterhazy, Tsereteli addressed various pressing issues. He spoke about fight against terrorism, climate change, and ongoing unsettled conflicts, in particular the illegal occupation of the Georgian regions of South Ossetia and Abkhazia, the conflict in Ukraine and the illegal annexation of Crimea, and the Nagorno-Karabakh conflict, recalling the role the Assembly played through the adoption of relevant resolutions and the activities carried out by members, committees and Special Representatives.Tsereteli also highlighted the benefits of election observation activities, underlining how the engagement of parliamentarians ensures greater expertise, accountability and visibility to this exercise. 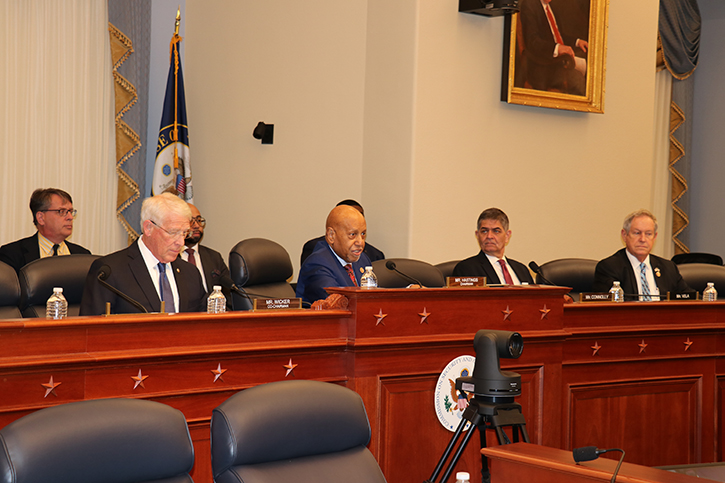 “I am thankful for the leadership and engagement of U.S. members of Congress and the Helsinki Commission staff in all OSCE PA activities. Your strong engagement in the Western Balkans, in the Mediterranean and the Middle East, the Caucasus and Central Asia is a good example of the influence that parliamentary diplomacy can wield,” said President Tsereteli. He also expressed his gratitude towards the United States permanent mission to the OSCE and Ambassador James Gilmore for the continued support and co-operation.

The hearing was chaired by the Chair of the Helsinki Commission and Head of the U.S. delegation to the OSCE PA Alcee Hastings, and saw the participation of Co-chair Roger Wicker, Commissioners Ben Cardin, Filemon Vela, and Joe Wilson.

Watch the video of the hearing here.

Find all the photos of the visit of President Tsereteli and Secretary General Montella on Flickr.