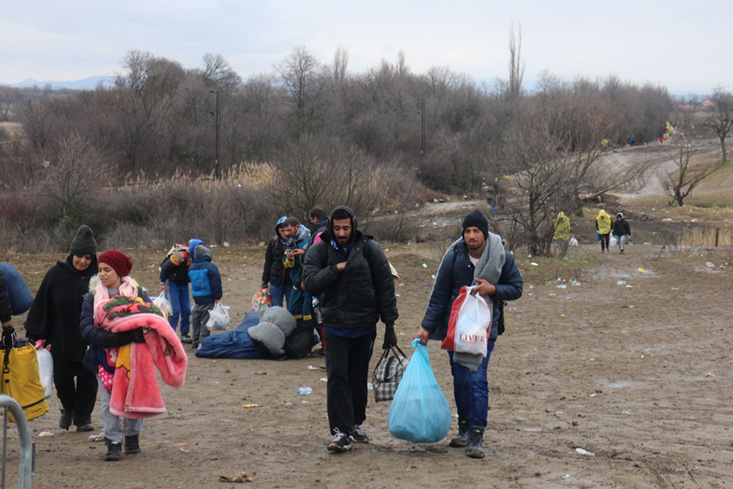 Miratovac reception facilities in Serbia, 4 Feb. 2016.COPENHAGEN, 18 December 2016 – Members of the OSCE Parliamentary Assembly’s Ad Hoc Committee on Migration today marked International Migrants Day with a call for European and global leaders to adopt a coherent, co-ordinated response to migration based on the principles of human rights and international co-operation that are at the heart of the Organization for Security and Co-operation in Europe’s comprehensive approach to security.

Expressing dismay at the record number of migrant deaths in the Mediterranean over the past year, the OSCE parliamentarians urged governments to prioritize the humanitarian need for search and rescue operations. They also called for greater protection for migrants’ rights, as well as effective screening and integration measures to ease security concerns and ensure that migrants can contribute to society in their host countries.

The Chair of the Ad Hoc Committee, Swiss parliamentarian Filippo Lombardi, focused on the need to combat the criminal networks exploiting the crisis, noting that migrants – especially women and girls – are particularly vulnerable to abduction and sexual violence along smuggling routes.

“One of the unfortunate effects of the migration crisis has been the ability for criminals and terrorists to prey on those who are making dangerous and difficult journeys in search of a better life. As we take steps to implement a cohesive and equitable response to the crisis based on principles of responsibility-sharing, let us also prioritize the need for dismantling and punishing the criminal networks that are exploiting the situation and making our task all the more difficult,” said Lombardi.

Greek parliamentarian and Committee Vice-Chair Makis Voridis emphasized the crisis situation in Mediterranean countries at the frontlines such as Greece and Italy, and called on all OSCE participating States to step in without delay to alleviate the pressure.

“Facilities on the Greek islands are at a bursting point and further expert assistance is urgently needed from European countries to ensure a more rapid processing of asylum claims,” Voridis said.

Following the recent clearance of the migrant camp in Calais, Lord Alfred Dubs welcomed the efforts of the French government to provide its former inhabitants with shelter as well as the transfer to the United Kingdom of more than 100 additional unaccompanied refugee minors under the ‘Dubs amendment.’ He criticized, however, the limitations regarding age and country of origin which have been placed by the British government on implementation of this amendment.

“A child is a child, whether they are a four-year-old or a 16-year old, whether they are Syrian, Eritrean or Afghan. The British government should remain mindful of its commitments to protect these particularly vulnerable individuals, many of whom have fled from unimaginably difficult circumstances,” said Lord Dubs.

Welcoming the dismantling of the Calais camp, French Senator and Committee Vice-Chair Alain Neri cautioned that this was a short-term achievement and that the problem had merely been dispersed throughout the country.

“We must not engage in a self-defeating exercise of passing on responsibility and reacting to new situations with short-term measures. What is needed is a long-term vision and strategy for addressing the migration crisis in partnership with countries of origin, transit and destination,” Neri said.

Leaders of the Ad Hoc Committee also welcomed the “Decision on the OSCE’s Role in the Governance of Large Movements of Migrants and Refugees” adopted at the recent OSCE Ministerial Council in Hamburg, saying it provides some needed clarity to the OSCE’s role in migration management.

Additional information on the OSCE PA's work on migration, including an interview with Ad Hoc Committee Chair Filippo Lombardi, can be found here.