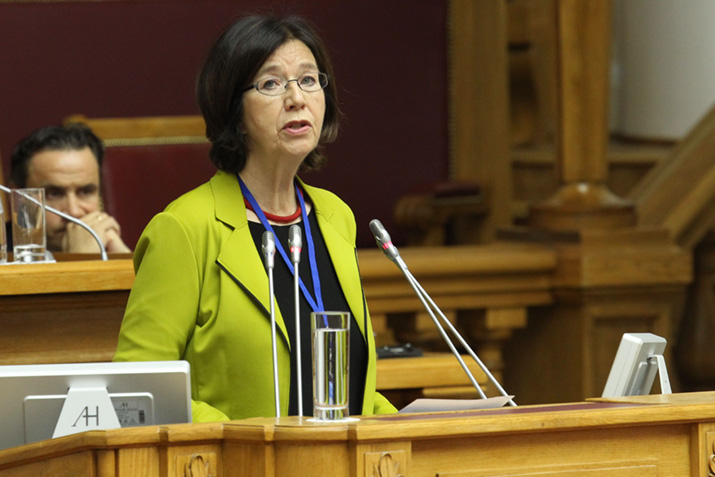 The proceedings of the conference are reflected in a set of conclusions which outline basic principles for responding to the terrorist threat, including establishing efficient interaction between national intelligence agencies, countering conditions conducive to the spread of violent extremism such as unresolved conflicts and marginalization of social groups, and strengthening domestic legal frameworks.

“For an effective counter-terrorism strategy a multifaceted and co-ordinated response is urgently needed. This means combining prevention and detection with proactive steps to mitigate the terrorist threat,” she said. “Good governance and democracy, the rule of law and mutual respect in good faith between cultures, nations and religions, and last but not least political dialogue are essentials for combating terrorism.”

In a meeting today with Valentina Matvienko, Chairperson of the IPA CIS Council and Speaker of the Russian Federation’s upper house of parliament, President Muttonen welcomed enhanced co-operation between the two assemblies in the fight against terrorism and stressed the important role that women can play in this endeavor.

In her address to the conference today, Matvienko noted that the interaction of CIS countries plays an important role in countering terrorism. “We have managed to establish effective co-operation in this field in recent years. Considerable work is being carried out by the Antiterrorist Center of the CIS Member States,” she said.

Matvienko noted that this demonstrates the possibilities of countries acting coherently in the fight against terrorism.

The Joint Conclusions of the Co-Chairs of the Parliamentary Conference on Combating International Terrorism are available in English (here) and Russian (here).