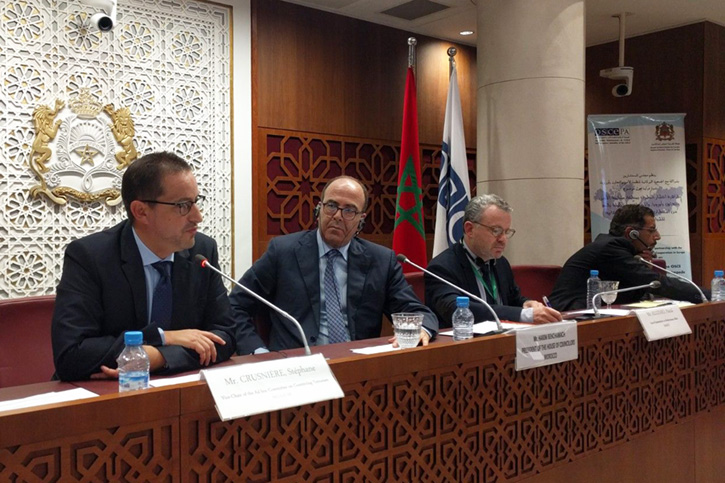 Stephane Crusniere addresses counter-terrorism seminar in Rabat, 20 Oct. 2017RABAT, 20 October 2017 – A delegation from the OSCE Parliamentary Assembly is concluding a two-day visit to Morocco today, having met with religious leaders, participated in a seminar on countering violent extremism in the OSCE region, and held a series of meetings with parliamentary and government leaders in the Moroccan capital.

Speaking at a seminar today on the topic of youth recruitment by extremist organizations, Stephane Crusniere, Vice-Chair of the OSCE Parliamentary Assembly Ad Hoc Committee on Countering Terrorism, said that since violent extremists tend to be young people, it is important to focus on youth-specific counter-terrorism strategies. He commended Morocco for investing in youth as part of its strategy to counter violent extremism and radicalization.

“The country’s comprehensive counter-terrorism strategy has emphasized the constructive role of religions in preventing terrorism, as well as prioritized economic and human development goals,” Crusniere said.

OSCE PA Special Representative on Mediterranean Affairs Pascal Allizard (MP, France) also addressed the seminar, focusing in his remarks on the need for joint action and international co-operation in the fight against radicalization and violent extremism. In this regard, he stressed the importance of legislative action to advance a co-ordinated global strategy against terrorism.

“We believe that the role of national parliaments is essential to promote the ratification and implementation of international agreements governing co-operation between States in the fight against terrorism,” Allizard said. “We advocate a strengthening of international co-operation and public partnerships for the purpose of developing practical measures to counter the use of the internet and other means of inciting violent extremism and radicalization that lead to terrorism and to recruit foreign terrorist fighters.”

Such international co-operation, he noted, could include public-private partnerships to foster communication, including through social media networks popular with young people, to counter violent extremist messages while respecting the right to freedom of opinion and expression. 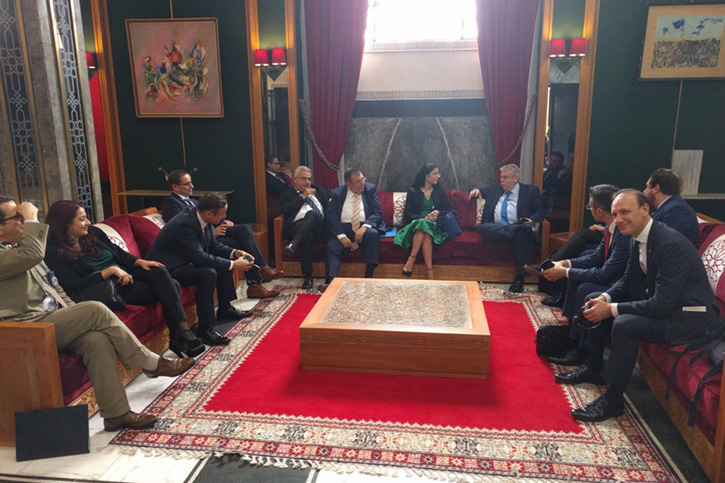 In meetings, OSCE PA members touched on issues including how to promote religious tolerance and dialogue, human rights, and the issue of foreign terrorist fighters. Other topics of discussion included education policy, employment opportunities and rural development.

The OSCE PA delegation welcomed the active engagement of Morocco in meetings of the Parliamentary Assembly, including at the Mediterranean Forum held during the OSCE PA’s Autumn Meeting earlier this month.

“The OSCE PA very much values the regular participation of Morocco in the Assembly,” said Marietta Tidei. “Moroccan parliamentarians are committed to closer co-operation between the OSCE and the southern shore of the Mediterranean, and I welcome this co-operation in the interest of addressing common challenges such as migration, promoting democracy and strengthening international engagement in the region.”