Amazon and Arctic fires should be a wake-up call to world leaders, say OSCE PA’s Katsarava and Eidsheim

COPENHAGEN, 27 August 2019 – With wildfires sweeping across large swaths of the Arctic region and the Amazon rainforest, OSCE Parliamentary Assembly leaders are calling for both emergency short-term responses and increased long-term attention to addressing the planet’s environmental challenges, including curbing climate change and protecting biodiversity. 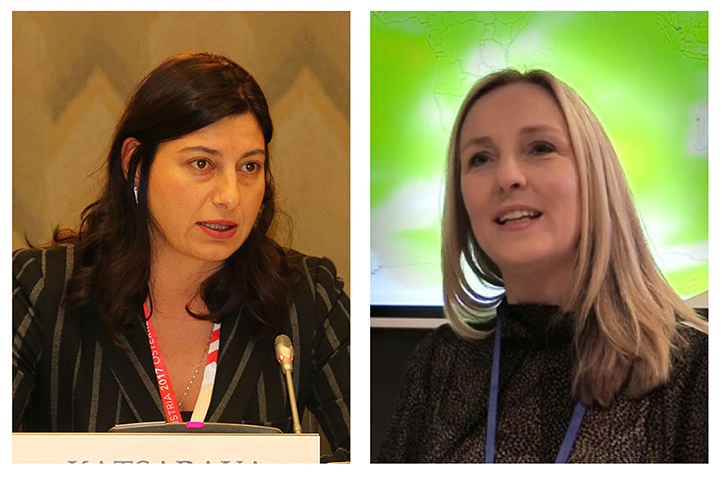 “What we are seeing take place in the rainforests in Brazil, as well as forests in Alaska, northern Canada and Siberia, are a clear indication that climate change is taking a toll in alarming and unpredictable ways,” Katsarava said. “As temperatures rise, fires are getting bigger, hotter and more frequent. This, in turn, has an impact in exacerbating climate change – the fires both release carbon into the atmosphere and destroy ecosystems’ ability to absorb carbon, creating a feedback cycle which only intensifies the climate crisis.”

Katsarava welcomed the decision by the G7 to offer logistical and financial support to help fight the Amazon fires, but urged that additional action be taken to investigate the causes of the fires, and to reverse policies that may be contributing to them, such as deforestation.

The OSCE PA’s Special Representative on Arctic Issues, Norwegian parliamentarian Torill Eidsheim, expressed concern over the situation in the Arctic, saying that the recent fires there are additional proof that the region is facing an unprecedented environmental crisis.

“We have long been aware that the Arctic is undergoing alarming changes, with record warming leading to ice caps melting and loss of habitat for animals. Now, following the hottest July ever, we are seeing unprecedented fires sweep across the Arctic region,” said Eidsheim. “This is a concern not just for the Arctic but for the whole world. As the ‘Earth’s refrigerator,’ as scientists call it, warming in the Arctic has an impact for the planet as a whole.”

She noted that melting glaciers in Greenland and other areas of the Arctic, record high temperatures in Alaska and fires across the region are driving dangerous feedback loops resulting in more warming.

“As Special Representative on Arctic Issues, I call on my colleagues across the OSCE area to take this situation seriously and do whatever they can to help protect the Arctic, and to address the climate crisis with the greatest sense of urgency,” Eidsheim said. “Our health and well-being, as well as the health and well-being of future generations, are at stake.”

Eidsheim was appointed Special Representative on Arctic Issues and Katsarava was elected Chair of the Committee on Economic Affairs, Science, Technology and Environment in July.