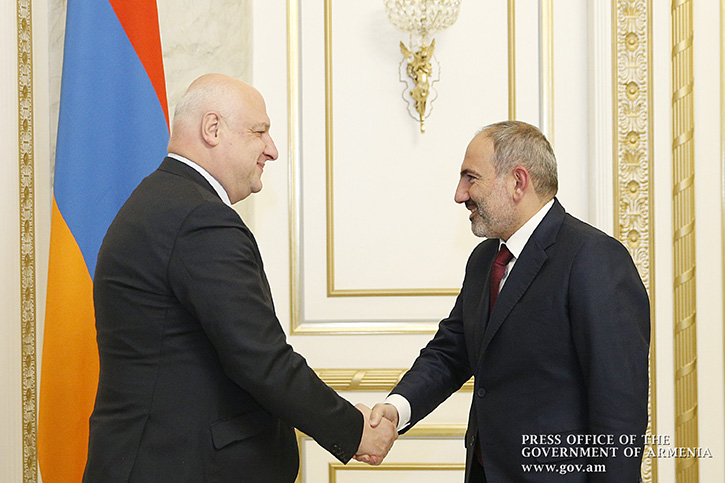 Discussions addressed the deep and comprehensive reforms launched by Armenia following a peaceful transition of power in 2018, including efforts to increase political transparency, support greater gender representation in politics, strengthen the rule of law and an independent judiciary, and combating corruption.

“With expectations so high, and reforms so broad, it can be challenging for the pace of change to meet the expectations of society,” said Tsereteli. “Bearing in mind the complexity of implementing such a wide package of reforms, it is also up to the international community to help manage these expectations and offer its expertise to fully support Armenia's democratic transformation.”

The PA President encouraged Armenia to continue working closely with all OSCE institutions, and offered the assistance of the Assembly's Special Representatives and Rapporteurs on relevant issues such as the fight against corruption, engagement with civil society, or combating disinformation. 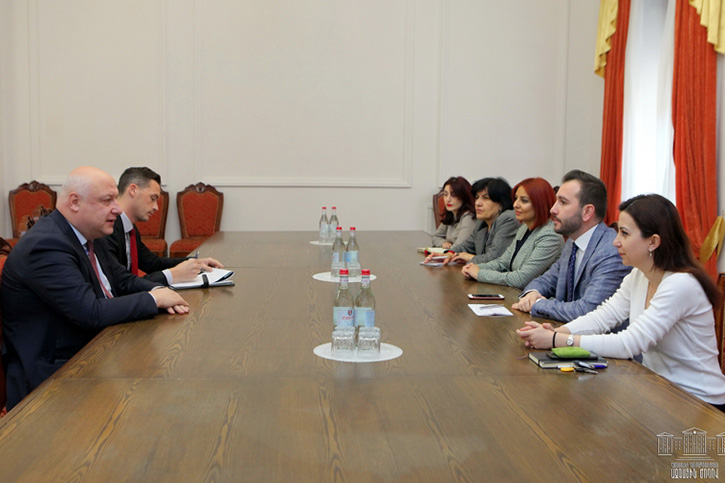 OSCE PA President George Tsereteli meets the Delegation of Armenia to the OSCE PA, Yerevan, 26 November 2019 (Photo: Parliament of Armenia)“The PA strongly values the enthusiasm of Armenian parliamentarians in all our activities. I look forward to strengthening our joint work and warmly welcome the National Assembly's invitation to hold an OSCE PA Annual Session in Armenia in the foreseeable future,” said Tsereteli.

The meetings in Yerevan further offered an opportunity to discuss the status of negotiations in the Nagorno-Karabakh conflict and assess the added value of parliamentary diplomacy in this context. All interlocutors agreed on the need to build mutual confidence in order to foster an environment conducive to greater regional co-operation.

“The work of the OSCE Parliamentary Assembly is often a useful complement to existing OSCE mechanisms, and when it comes to conflict mediation and resolution, I firmly believe that parliamentarians are ideally placed to prepare the grounds for peace,” said President Tsereteli. “While negotiations must carry on through the Minsk Group Co-Chairs, the goodwill of OSCE parliamentarians can also be harnessed to push the process forward through carefully crafted activities.”

Underlining the PA's support for the work of the OSCE Minsk Group Co-Chairs, Tsereteli also stressed that responsibility for concrete progress ultimately lies with the political leadership of the parties involved, and encouraged all sides to renounce inflammatory public statements.