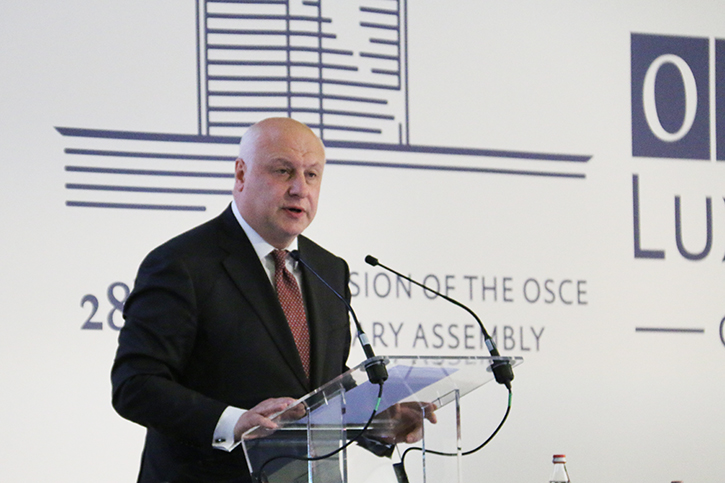 George Tsereteli speaks at Luxembourg Annual SessionUpon his election, President Tsereteli thanked the Assembly for its support and highlighted the value of the work carried out in Luxembourg. “I care about this Assembly,” President Tsereteli said. “This is our obligation – to respond to the needs of our people. It’s an important burden, whether it’s conflict resolution, or whether it’s terrorism, or climate change or other issues.”

He also thanked the International Secretariat and the Luxembourg hosts, including the President of the Chamber of Deputies, the Prime Minister and the Grand Duke, for making the work possible in Luxembourg.

In addition to electing officers, the Assembly also adopted the Luxembourg Delcaration.

OSCE PA photos are available on our Flickr page.

Videos can be found on the PA's YouTube channel.

Download the Luxembourg Declaration in English, French and Russian here.